The following is a republishing of Hass McCook’s “Comparing Bitcoin’s Environmental Impact…,” which was first published here.

NOTE: The methodology and underlying figures (specifically, emission rates for gold and banking) mentioned throughout are generally derived from my 2014 and 2018 works. The 2018 work is available as an easier-to-digest 10-part medium series here.

Bitcoin’s energy consumption and environmental impact are commented on very regularly, but ultimately, they are rarely understood. The majority of arguments stem from comparisons of Bitcoin’s electricity use to that of particular countries, or some other apples-to-oranges comparison. Critics can’t even separate “energy use” from “electricity use.”

Over 1 billion people have no access to the electrical grid but still have access to energy via physical fuels. Just like they don’t need the grid to survive, neither do bitcoin miners, many of whom are now using flared methane in remote oil fields to mine bitcoin. Of the 160,000 TWh of energy generated worldwide each year, 50,000 TWh is lost to inefficiency, and only 25,000 TWh is generated by electrical grids Bitcoin consumes around 120 TWh, a mere 0.25% of the energy wasted each year, or 0.5% of the world’s grid electricity, representing less than 0.1% of human energy production. Pick your poison with the framing. 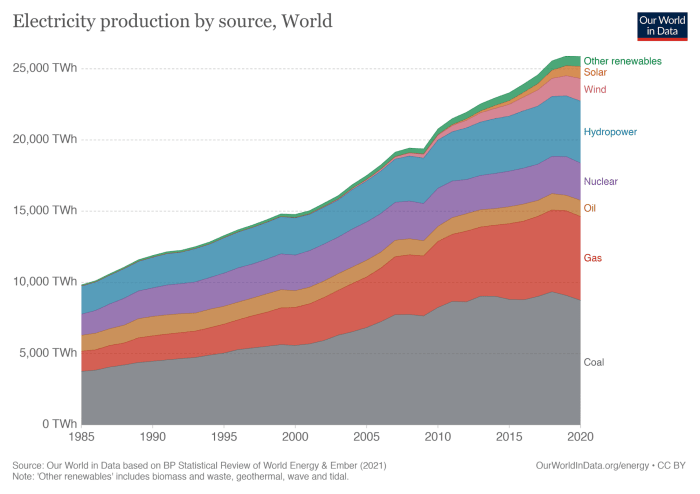 Although Bitcoin’s energy use is trivial to define and calculate, this is not the case for the industries with which Bitcoin is regularly compared. Where does the environmental impact of the gold industry end? Does it end with the deep gashes in the earth that open-cut gold mines leave that are so massive they can be seen from outer space? Do we also factor in the electricity costs of all of the world’s jewelry shops and gold dealers? Furthermore, what about the environmental impact of the banking system? Does it include all of the bank buildings, ATMs, and cotton, plastic and metal used to manufacture notes, coins and cards? Or, does banking’s impact include the money printing and relentless pursuit of profit at all costs that has spurred untethered consumerism and environmental destruction? How do we classify the ability to print money out of thin air so that trillions can be spent on state-sanctioned mass murder? Defining the scope of environmental impact can get out of hand quickly and emotionally.

The next issue is framing. There has been a dangerous conflation between energy use and pollution. To return to the example of gold, companies like Dell are now aiming to use 100% recycled gold in their computer chipsets, as, according to research commissioned by them, it is “at least 99% cleaner” than physical mining. It is “cleaner” because recycling gold avoids the use of trillions of gallons of water and the creation of mountains of waste rock. That being said, recycling gold consumes more electricity than mining it. So, is recycling “dirtier” than mining just because more CO2 is emitted? This is laughable. Further, gold is not mined with an electric Caterpillar D10 bulldozer. Gold Recycling is largely a grid-dependent process: as the energy grid gets cleaner and becomes emissionless, so will gold recycling (for the most part). This is also true for Bitcoin. You can expect Bitcoin’s energy use to trend towards infinity in the long term, and its environmental impact should trend towards zero.

So, what do the actual numbers look like? Although I have outlined why such comparisons are disingenuous, I present the following analysis, which is based on my works from 2014 and 2018 and indexed to today’s numbers. 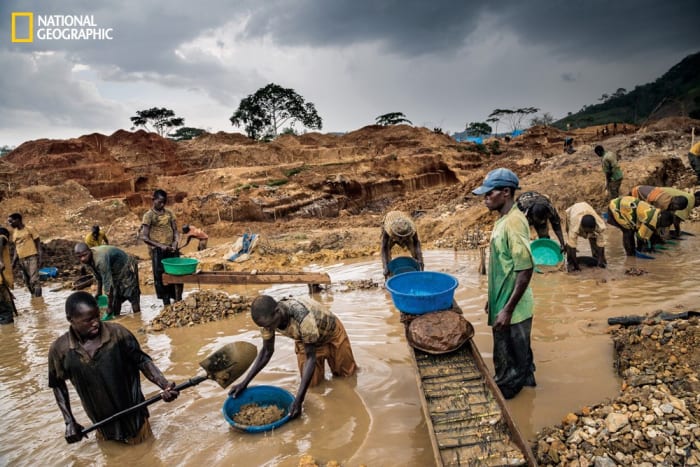 In 2020, ~3500 tons of gold were mined, and ~1300 tons of gold were recycled, according to “Gold.org.” According to Dell, each kilogram of mined gold produces 20 tons of CO2 and uses 48.6 MWh of energy, but they omit the energy needed for further refinement of the gold because of data limitations. A new study from DePaul University suggests that this number should be closer to 35 tons of CO2 for jewelry, which accounts for roughly 50% of global gold demand. It is assumed that refinement uses a similar amount of power to recycling; therefore, a total of 79.9 MWh is used for the mining and refinement of each gram of gold used in jewelry. Each kilogram of recycled gold produces 37 tons of CO2 and uses 31.3 MWh of energy. This brings the gold mining industry’s 2020 total to 265 TWh of energy used and 145 Mt of CO2 produced if we use the DePaul study’s numbers and account for 1750 tons of jewelry.

In 2014, I calculated a figure of 660 TWh of energy used by the banking system’s branches and ATMs, in addition to cotton, plastic, and metal for manufacture of notes and coins. Without too much wizardry, we can conservatively assume an increase of 1%–2% per year, and we can therefore round up our figure to 700 TWh of energy consumed, and about 400 Mt of CO2 produced. 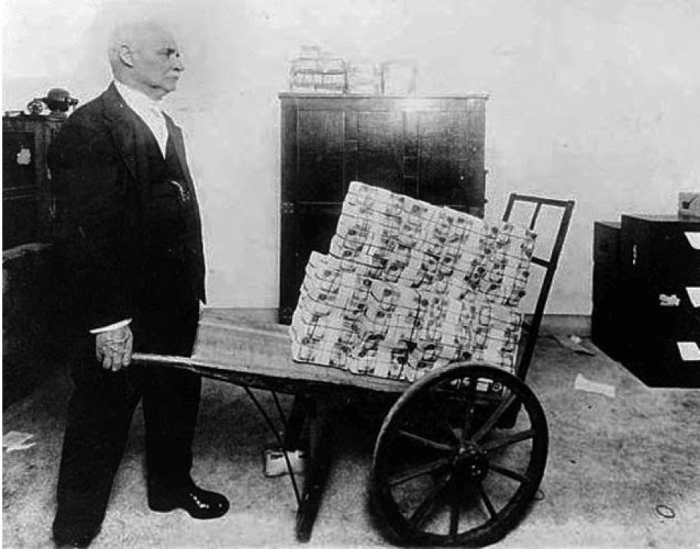 “There are infinite emissions at the Federal Reserve” — Neel Kashkari

I am very comfortable using the Cambridge Bitcoin Electricity Consumption Index (CBECI), as their methodology mirrors mine from 2014 and 2018. According to the CBECI, Bitcoin uses 113 TWh of energy per year. The proportion of renewables used is unknowable, but basic economics dictates that miners will continue to chase the cheapest power available, which is increasingly becoming renewable. Bitcoin could be running on a majority combination of stranded, waste, and renewable energy by the end of the decade. Using the current global average grid figure of about 0.6 tons of CO2 per kWh of electricity produced, Bitcoin mining emits 70 Mt of CO2 annually.

Although the comparisons are not like-for-like, and with only Bitcoin’s scope of energy use and emissions being 100% defined, we can say that Bitcoin consumes/emits less than half of what the gold mining industry does, and less than one-fifth of what bank branches and ATMs do.

I know how much everyone loves this table.

This is a guest post by Hass McCook. Opinions expressed are entirely their own and do not necessarily reflect those of BTC, Inc. or Bitcoin Magazine.

DBS, Southeast Asia’s largest bank, says that cryptocurrency trading volumes on its exchange have grown 10 times to around...

After A Needed Break, The Bitcoin Price Still Has Gas In The Tank

Navigating the stormy seas of the bitcoin markets can be a challenge. Luckily, Bitcoin uses a publicly available blockchain...

The Spanish government doesn’t stop imposing its tough stance on cryptocurrencies, as another rule comes to strengthen the existing...