But Which Side Of The Moon Are We Going To?

The following article is a work of fiction. For now.

But it’s cold. It’s dark. Spotted barren craters and valleys are ashed with the flakes of Benjamin Franklins used as fire-starter. Synthetically created cyber hornets, known as Lampyridae, whiz through the thin atmosphere providing much of the necessary light — besides the flickering of relic-like S9s that are still humming away.

The oracles of Plan B have precisely fixed our revolutionary digital gold at $1,000,000 per piece as all of earth has degenerated into lawless warzones. The calamity of the sudden price surge of bitcoin back in 2021 saw all of civilization vehemently FOMO into bitcoin, causing all other asset classes to drop to zero. The total cataclysm sparked World War III, now colloquially known as “The Dump,” the result of mass-scale annihilation of central banks and the ensuing anarchy as even the poor beggar on the street fought for the last available UTXOs.

There are no states, national governments, intergovernmental organizations, regulatory institutions or sovereign borders. The world is akin to a lawless state but with virtual communities as laboratories for conducting failed experiments in the construction of new tokenomic governance structures.

To the naked eye surveying, there is only one such seemingly structured society.

Those who speak ill of the Bitcoin network, or The Network, are immediately deemed as being against The Network, which carries punishment ranging from confinement in a concentration camp to death by ASIC-generated heat exhaustion. The few who do get to live are forced through the treacherous concentration camp known as The Nakamoto Institution, where first-years are forced to recite The White Paper backwards while stacking the newest generation Whatsminer M5000S+++.

War between Bitcoiners and a small but loyal group of die-hard Ethereans, led by a grizzly-faced cyborg villain named Colonel Sassano, continue to play out during the times Jupiters passing gives ample enough lighting for battle. But revealing one’s true network loyalty in a world where Bitcoiners are the dominant species is synonymous with suicide as Bitcoiners roam the spotted desolate terrain with heavy fists.

Mining farms have been warped into gritty, cybernetic, neon-tinged town centers of communities that were naturally built around them for lighting and heating purposes. The largest of all town centers, a megalopolis, is led and ruled by F2Pool, as national identities are no longer bound to one’s birth country or ethnicity, but rather by “Proof of Pool”. Those who are born in the dystopic megalopolis of F2Pool enjoy the generous economic and social benefits that stem from its large hash rate. Those that are born into smaller mining pools are known as the Unfortunates, though they’re still better off than Altcoiners, who can only dream of settling down in the larger pools. Not surprisingly, a majority of the town centers are Chinese-owned due in large part to the now exposed underlying secret of the original Chang’e 4 mission.

NASA’s Ranger 4 has been rewired as a Blockstream satellite that also tracks all physical locations of moon dwellers under the directive of the Saylor Surveillance Society.

Bitcoin nodes are now biogenetically emblazoned on our cyber-enhanced bodies as a requirement at birth, with our bech32 public addresses permanently displayed in a ghoulish neon-green font across the forearm. Despite being visually aesthetic, those emblazoned neon digits lighting up beneath the forearm skin are more of a burden than blessing, as it is tied to all Blockstream satellites that roam the skies. And in this era, reusable addresses are a thing of the past.

There is one group that strives to bring down the authoritarian nature and toxicity of the current status quo, and that group is named the Antonopoulons. Rebellious but mercenary in nature, these rebels stay true to the ethos of Bitcoin’s leaderlessness. This group’s membership consists of a myriad of Satoshi rogues such as Wuille, Dash Jr., Poon, Gavin, Laszlo, Karpelès and a dozen others consisting of a veritable who’s who of the underrepresented and forgotten.

Satoshi is their guidance, concatenated with their legacy addresses. CPUs are their mantra, with an intent of bringing down the oligopoly in mining pools that have run rampant. For now, merciless struggle for power rages on, with all manner of hashrate warfare splaying out, and with ordinary HODLers the collateral damage.

What would things look like if they had been done differently? 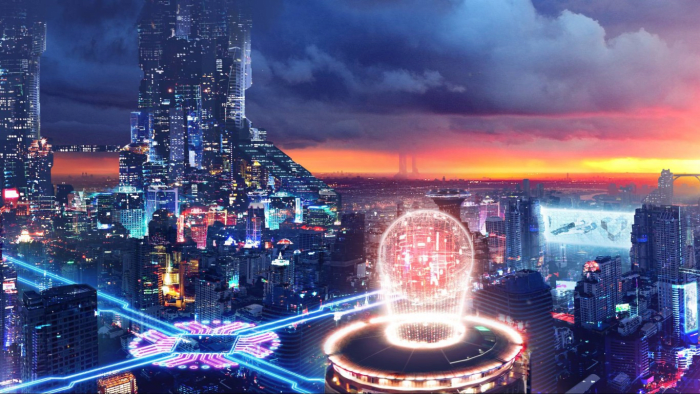 The Earth shines its earthshine bliss toward moon-goers as they make the three hour Tesla-engineered interplanetary-vortex-shuttle ride, dubbed Lunar Saylor, to the moon and back. The moon has become a gentrified hotspot.

The near side of the moon is now an autonomous nation state with zero travel restrictions to and from earth. All you need is enough bitcoin to pay for the above mentioned Lunar Saylor.

After COVID-19 ravaged the world and central banks ran out of ink for their printing press, a global consortium, now known as the Nakamoto Woods Conference, was held to announce a new global monetary system, rectifying the need to have CBDCs, with bitcoin the global reserve currency.

Governments all accept bitcoin for tax payments and intentional inflation by any sovereign nation’s central bank is deemed a crime punishable by “rug pull” under the bylaws of the United Nodes.

Bio-implanted Bitcoin nodes have become a new trend amongst diehards whilst every mobile phone comes manufactured with a lightning node.

Arthur and Nouriel can be seen poolside on Sunday afternoons in Pyongyang. Elon and Keiser have become unthinkable best buds who spend Friday nights at Club Flo-Nucke. And Schiff and the Winklevoss brothers post their dubs on SatoshiBook daily.

The blissful atmosphere on the near side of the moon is mirroring the halcyon days when the world economy was running on the second most sound monetary asset, gold. Gone are the days of fast and easy money that rewired our brains into high time preference, Miley Cyrus-like twerking beings. Crime and poverty rates have all plummeted as society has focused on long term engagements with zero-to-one inventions back on the rise.

These virtual communities on the moon have undermined questions of legal jurisdiction and taxation for which the geographic boundaries of nation-states are obsolete.

The age of the Bitcoin Network has arrived with our physical, breathing flesh being the only limitation toward attaining the absolute Cypherpunk’s Manifesto.

This is a guest post by Eric Choy. Opinions expressed are entirely their own and do not necessarily reflect those of BTC, Inc. or Bitcoin Magazine.

In A Flash, Bitcoin Can Become The Default Digital Reserve Currency Of The World

Bitcoin is king — it is still the best performing asset of our lives. It has silenced its harshest...

Interview: Fighting For Freedom With Zuby

Watch This Episode On YouTubeListen To This Episode:During the 2020 COVID-19 lockdowns, countries across the globe cracked down on...

A St. Lawrence county town located in New York near the Canadian border, Massena, is another region in the...