Well before COVID-19 first made landfall on American soil, the United States’ national debt stood at some $22 trillion, and the U.S. Federal Reserve had pivoted from an interest rate hiking cycle to an interest rate cutting cycle, despite a strong U.S. economy running close to full employment. The central bank’s unprecedented response in the wake of the Great Recession, which introduced unfathomable amounts of leverage into the financial system, led directly to a vicious cycle in which banking policy had to be left in a perpetually accommodative state in order to avoid widespread credit defaults and asset price crashes. As a result of this over-leveraged environment, the Fed had few traditional policy options at its disposal to tackle the economic ruin left behind by the pandemic. The preferred policy method of the U.S. central bank that subsequently materialized during the pandemic was to simply flood the financial system with money, and the debt-to-GDP ratio in the U.S. soon ballooned to a record 129% in 2020. Now, more than a year after the first COVID-19 case was discovered in the United States, it is hard to imagine a better macroeconomic environment for Bitcoin than the one in which we find ourselves currently living through. The policies enacted by the federal government in response to the virus’ negative economic impact have proven to be a boon to the price of bitcoin, and will continue to push the digital currency to unconscionable levels in the coming months and years. When one looks at the data, the supposition can be made that COVID-19 has proven to be the best thing to happen to Bitcoin.

One of the principle methods being deployed by the Federal Reserve, in tandem with the federal government, to try to resurrect the economy is “money supply expansion.” An illustration of this can be found in this chart of the M2 money stock:

Compare the M2 chart to this bitcoin price chart in the same timeframe: 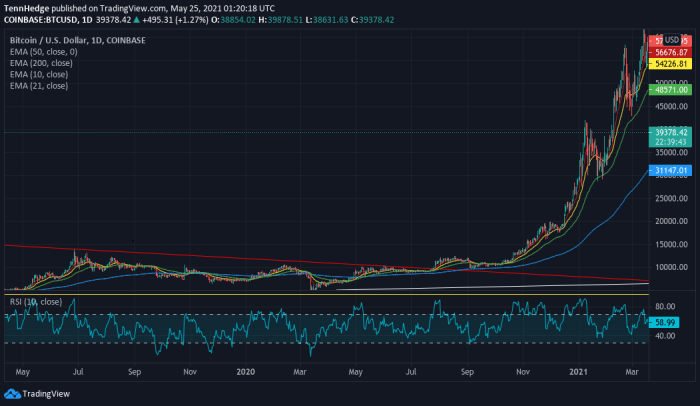 One doesn’t have to be an economist to see that the bitcoin price began exploding shortly after the Fed started shooting the dollar bazooka.

Bitcoin is the preeminent safe haven asset for fleeing the inflationary pressures associated with the expansion of fiat currency. There will only ever be 21,000,000 bitcoin, and the monetary policy of the Bitcoin network is all but set in stone. This is in sharp contrast to the centralized capital markets of the fiat world, where Fed officials claim that there is no limit to how much money they can print. One of the historical outcomes that will emerge following the governmental response to the COVID-19 pandemic is the creation of immense inflationary pressures, and bitcoin will be the asset that benefits the most from this.

In addition to the expansion of the monetary base, the Fed also responded to the pandemic by dropping the federal funds rate back to zero, for the first time since 2008, in conjunction with a renewed balance sheet expansion program, also known as quantitative easing. These actions are illustrated by the following charts: 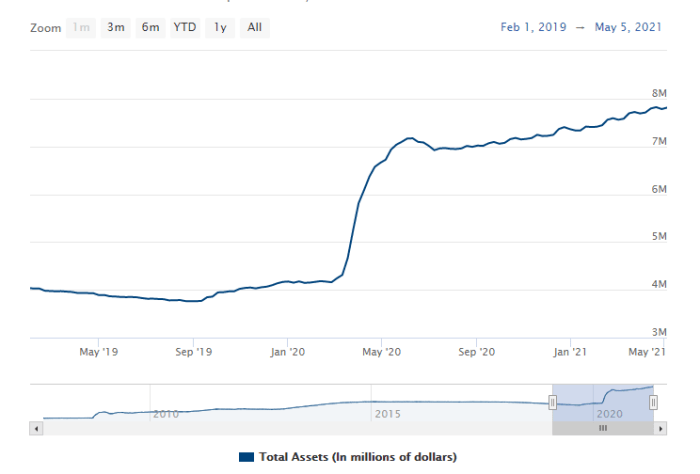 The impact of both of these policies is an acceleration in “credit expansion.” Think about credit expansion, when conducted arbitrarily by a non-market actor like a central bank, as the root cause of economic calamity. When the central bank intervenes in the capital and credit markets, it corrupts the most vital element of any economy: prices. When businesses cannot accurately interpret price signals, enormous negative impacts begin to crop up in the economy, as firms have difficulty in making rational business decisions based on market cues. The process is one big negative feedback loop, as weakness in the economy leads to more credit expansion, which then leads to currency debasement, which then leads to more economic weakness, and so on.

Ultimately, COVID-19 is the black swan that has buckled this already fragile system. The pandemic will prove to be the beginning of the end for the endless boom and bust cycle paradigm present under the fiat central banking era. Bitcoin is emerging as the beneficiary of this decline, as value is flowing out of the failing fiat system into the robust Bitcoin monetary network.

In summary, as a Bitcoiner, think of modern central banking policies as rocket fuel for the price of bitcoin. As is becoming evident following the governmental response to COVID-19 (and should have been evident to most long before), the central bank is trapped in a monetary purgatory, one in which their policies must become more accommodative over time, lest credit markets and asset prices collapse. Bitcoin was invented as a response to the current inefficient and corrupt financial system, and is replacing this system with a transcendent improvement. History will demonstrate that COVID-19, and the subsequent governmental response, ushered the financial system past the Bitcoin event horizon, a point of no return in which the fiat regime is supplanted by Bitcoin’s sound monetary structure.

This is a guest post by TennHedge. Opinions expressed are entirely their own and do not necessarily reflect those of BTC, Inc. or Bitcoin Magazine.

Bitcoiners Are The Remnant, The Masses Don’t Matter

I recently read “Isaiah’s Job” by Albert J Nock. It’s an essay that inspired generations of anarcho capitalists and...