According to an official tweet from Immutable X, it is revealed that the layer-two solution has been a big success for NFT trades in the Ethereum Network.

The tweet from the official Twitter account mentioned that Immutable X has helped traders save more than 1.3 Million dollars in gas fees. The service allows cheap levels of NFT trading and minting to be conducted without any gas fee, which is indeed an extremely beneficial feature for traders worldwide, as they won’t have to pay the ridiculous gas fee that has plagued the network since the start.

Gods Unchained, which is a trading card game, was the one who managed to accomplish such an achievement through the integration of immutable X. According to statistical data released, around 33,479 NFT trades were completed in just under seven days. As for now, Immutable X is only supported by this game, but it is very likely, that after this huge success, more projects will be eager to integrate it. It will definitely pave the way for an increasingly large number of transactions, thanks to the crucial gas-saving feature that Immutable X offers.

Co-founder of Immutable, Robbie Ferguson, expressed warm feelings about the service, saying that he is incredibly proud of the accomplishment and that the service has reached new high-volume economies gives artists and creators get rewarded and a chance to shine even more. Adding to that, Robbie said that this amount of concurrent has never been possible before, as Immutable has managed to process almost 2.8 times more NFT trades than Ethereum has ever done on L1, hoping that this continues, as it will bring forth a stronger community.

This advancement to the NFT sector will be huge if Immutable X keeps on going like this. New partnerships and integrations will help the NFT sector to grow into a huge network, giving users and traders cheaper trading alternatives to interact with. The Ethereum gas fee is rising day by day, which means that users will obviously try to find ways to avoid it. Immutable X has arrived to tackle this situation and make users trade better forms of NFTs in the network. The team at Immutable X has successfully managed to integrate their new project without sacrificing the potential decentralization of Ethereum.

The damnation faced by several members of the LGBT community across the world, despite the legal backing of a... 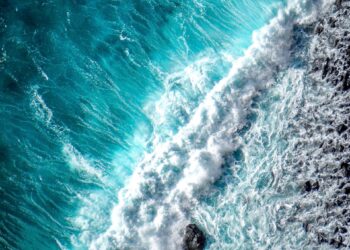