Bitcoin’s price is starting to stabilize after a near-4% drop over the past week. The cryptocurrency was trading around $57,000 at press time and could go higher, initially toward $60,000-$63,000, according to technical indicators.

Analysts expect trading volumes to decline this week given the U.S. Thanksgiving holiday on Thursday. “The last three years we’ve had downward volatility every time around this holiday; could be due to end of month rotations, options/futures expiries and rebalancing,” CryptoQuant wrote in a blog post.

Bitcoin is up about 3% over the past 24 hours, compared with an 8% rise in ether. Alternative cryptocurrencies are gaining ground relative to bitcoin, suggesting that traders are taking on more risk as the recent sell-off stabilizes.

The bitcoin Fear & Greed index is at the lowest level since late September, which preceded a BTC price recovery. The index suggests market participants are in “fear” mode, which some analysts view as a contrarian signal as buyers gradually return to the market.

“Typically in bull markets, the index indicates ‘greed’ or ‘extreme greed’ for more extended periods with short periodical visits to the ‘fear’ area, just like we saw this spring,” Arcane Research wrote in a Tuesday report.

Bitcoin versus the dollar

On the flip side, a rising U.S. dollar could be a headwind for bitcoin. The U.S. dollar has strengthened over the past few weeks as investors anticipate tighter monetary policy.

“We’ve seen a considerable run-up in the dollar alongside Fed funds rate futures, which now imply 100% chance of two rate hikes by end of 2022 and a nearly 40% chance of a third rate hike by next December,” Delphi Digital, a crypto research firm, wrote in a report Tuesday.

The chart below shows the recent rise in the dollar (inverted scale), which could signal further downside in bitcoin’s price. Generally, tighter monetary policy is negative for risk assets including stocks and cryptocurrencies. 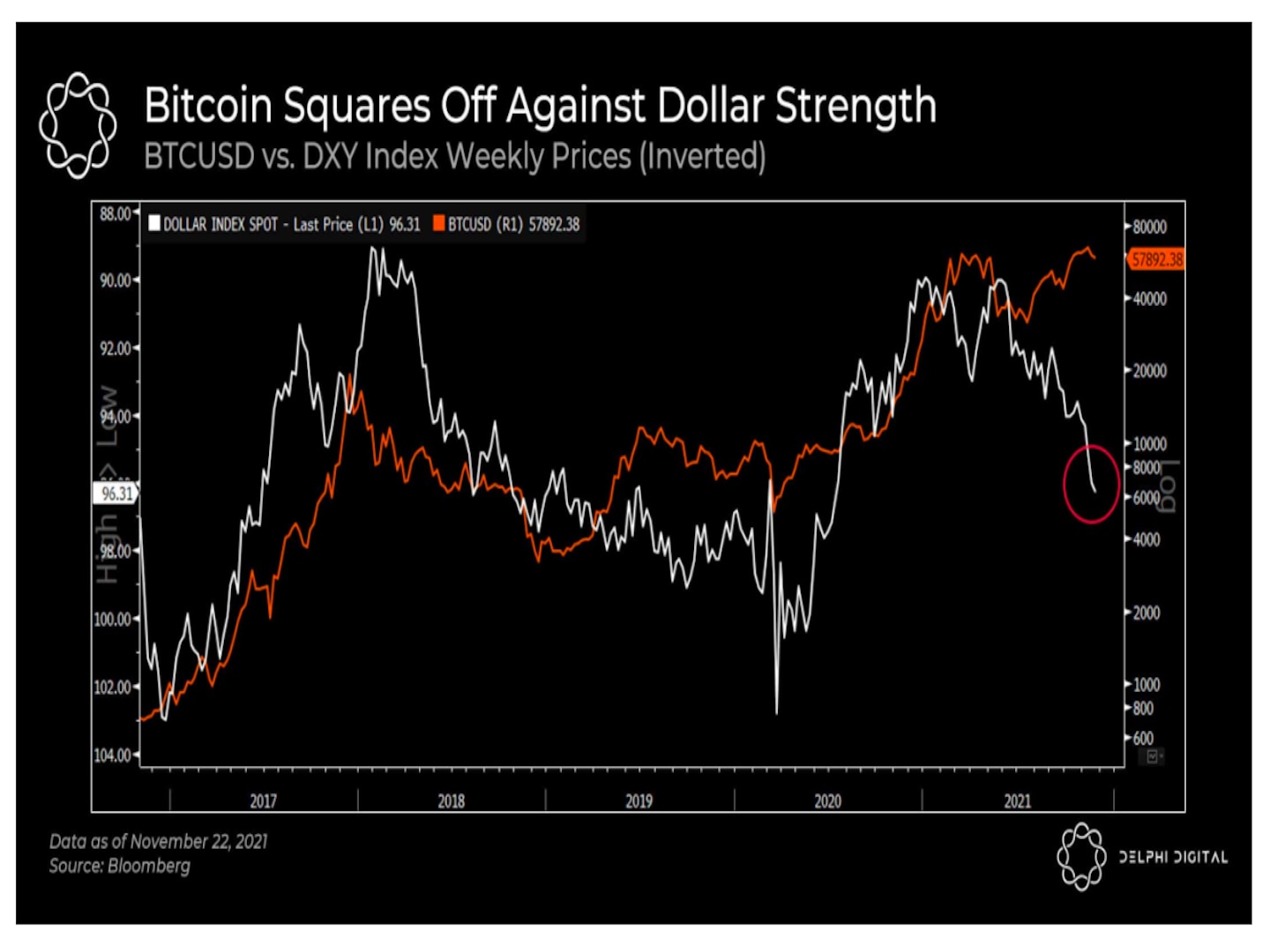