The below is an excerpt from a recent edition of the Deep Dive, Bitcoin Magazine’s premium markets newsletter. To be among the first to receive these insights and other on-chain bitcoin market analysis straight to your inbox, subscribe now.

Much has been said about the mass migration of bitcoin miners from China over the last six weeks, but what has gained less attention is the positive externalities that the China ban has created for North American mining operations.

With the drop in hash rate, both the mining difficulty and hash rate (seven day moving average) are lower than they were at the time of the bitcoin halving, when the price of bitcoin was $8,800.

One week post-halving event, the seven day moving average of miner revenue was a mere $8.39 million per day, and currently, at very similar levels of hash rate and difficulty, miners have made $29.47 million per day on average over the last week. 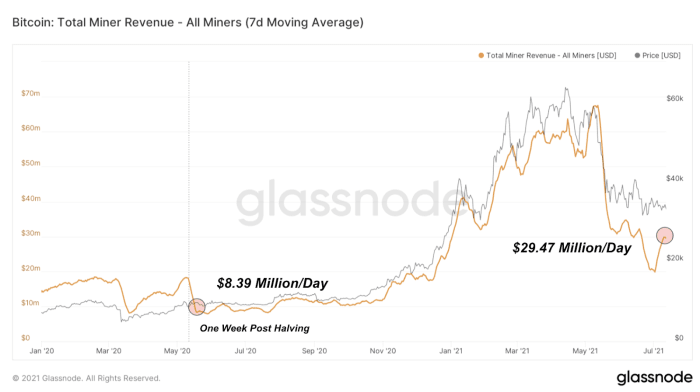 North American, publicly-traded mining companies including Riot, Marathon and Hut 8 have performed particularly well since the halving event, with noticeably large rebounds in share price since May. 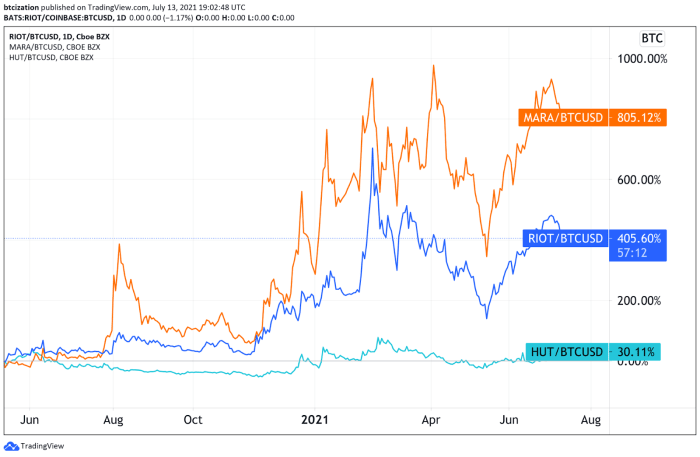 Shares of MARA, RIOT and HUT have outperformed BTC by 805.12%, 405.60% and 30.11% since the halving, respectively. While undoubtedly the share prices of the three companies have benefited from the lack of accessible bitcoin vehicles available in public capital markets, the vast outperformance against bitcoin during this timeframe displays the optimistic investor sentiment around the industry.

Ripio, a Latin American (Latam) exchange headquartered in Argentina, raised $50 million in its latest funding round, led by...