Bitcoin ATM company Athena Bitcoin has reportedly started installing the 1,500 bitcoin ATMs it promised the country’s president after a law making BTC a legal tender in the nation was approved.

El Salvador’s President Nayib Bukele “presented us with a tough challenge of 1,500 ATMs, we will go for that, but in phases. We are a private company and we want to ensure that our development in the country is sustainable,” Athena Bitcoin director for Latin America Matias Goldenhörn told Reuters. “Initially we are going to bring dozens of machines, (we’ll) test what the business model is like in El Salvador, which will probably be different than in the United States.”

Athena installed its first bitcoin ATM in El Salvador last year for the Bitcoin Beach community in El Zonte. Now, a few days after announcing the new ambitious intention, Athena has reportedly begun installing its machines. The country’s second ATM for selling and buying bitcoin was established in the commercial center of La Libertad. 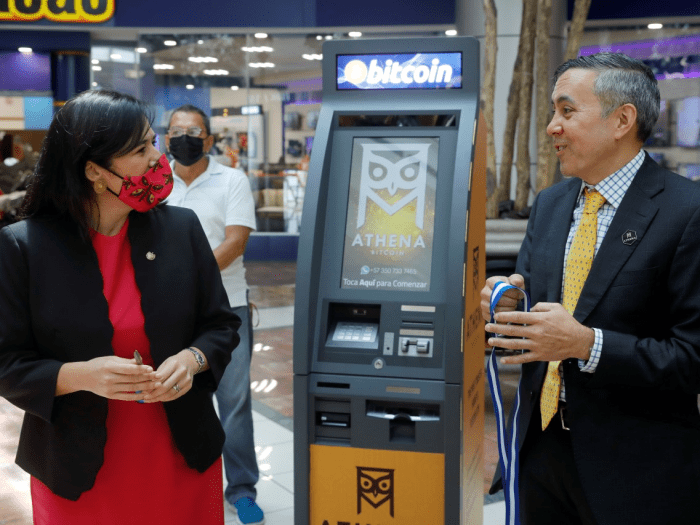 According to local news outlet Dinero En Imagen, Goldenhörn has said that Athena plans to install 14 ATMs in the first phase of the process. The machines will be installed in commercial centers and gas stations, seeking to expand bitcoin services in the country’s leading commercial areas.

The firm also expects to open an office in El Salvador to assist in carrying out the operations in the country, including hiring staff, reported Reuters. 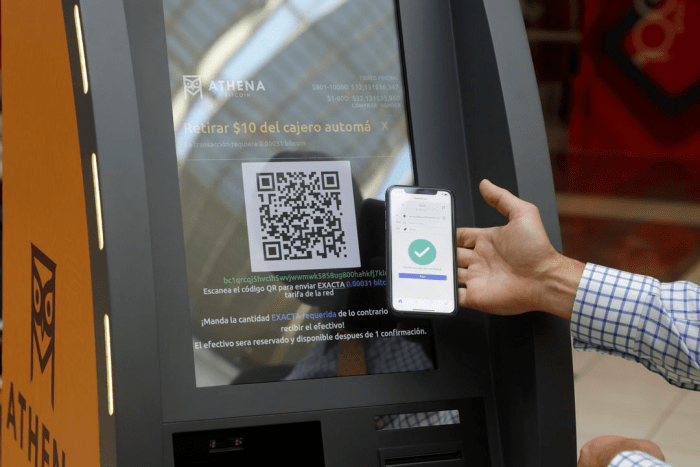 The fees and requirements the machines will demand for providing bitcoin buying and selling services in El Salvador are unclear. However, as a general company procedure, a Salvadoran who chooses to use the service provided by Athena’s ATMs will have to give at least their phone number for registration. But some form of ID may also be solicited, such as a driver’s license, although that depends on the ATM location jurisdiction.

As far as fees go, ATMs are usually expensive. The ATM currently installed on Bitcoin Beach is selling BTC at more than 3% above market price at the time of writing, and it would buy for around 6% below market price. Notably, the customer is charged for the convenience provided.

In addition, the Athena Bitcoin ATMs will likely compete with the cash points being utilized by Strike, the Lightning Network startup which helped the president devise its bitcoin as legal tender bill. Although Strike does not charge fees to convert USD to BTC, the fee structure of the cash points themselves is unclear.

Nonetheless, the arrival of 1,500 BTC ATMs in El Salvador in time for bitcoin becoming legal tender in September is significant for the country. With its new, clearly defined legal framework regarding BTC, the Bitcoin ecosystem in the country is flourishing and developing.

Last week, Bukele announced the country’s official bitcoin wallet, which allows citizens to hold both USD and BTC, as well as to seamlessly convert between them. And the aforementioned Strike is also providing bitcoin services in the country, leveraging the Lightning Network. By providing different Bitcoin services for its people, El Salvador is set to nourish and enjoy a more accessible and efficient monetary network enabled by Bitcoin.

Reports show a vast majority of the American populace has been worried about rising inflation and as the weeks...

The Binance Smart Chain has launched a $10 million bug bounty fund for projects building on top of the...

The Intelligent Person’s Guide To Bitcoin

The below is a response to professor Fabrizio Carmignani’s interview, titled “Dummy’s Guide To Crypto,” which I found was...

Kubernetes Clusters Used to Mine Monero by Attackers – Bitcoin News

Attackers are abusing an attack vector present in one of the most popular execution engines (Argo Workflows) to repurpose...