The End Of Bitcoin’s Beginning

This really feels like the “suddenly” part. A lot of work went into Bitcoin Beach over the last year to inspire El Salvador to make Bitcoin legal tender this week, but to the public this happened incredibly fast. The live announcement at Bitcoin 2021, the law being passed by a super-majority of the Legislative Assembly of El Salvador a few days later, and that same night the President was asked if El Salvador is considering mining on Twitter spaces. The next day he tweeted about a volcano mine: 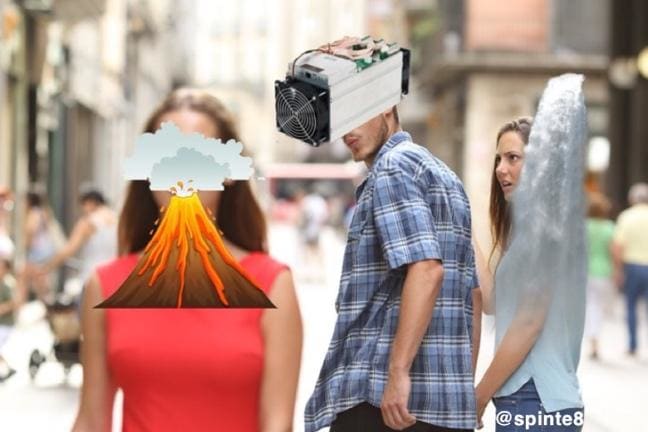 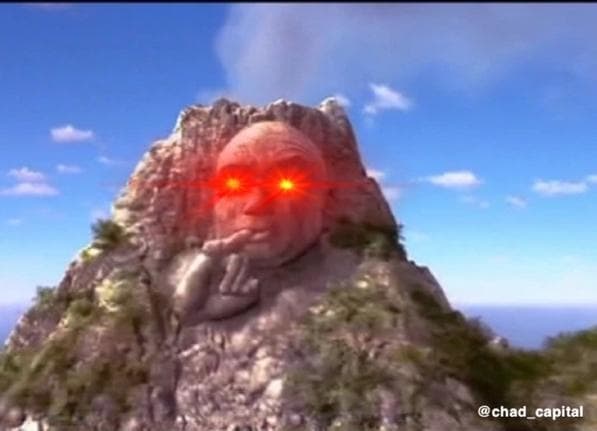 In 2017 I remember seeing predictions that corporations would slowly get involved after the next halving, and maybe nation states would get involved in the cycle after that, and maybe by 2030 a central bank. I think it’s undeniable that we have crossed over into a new era of the Bitcoin story where the stakes are much higher. The first nation state is here and they are moving fast. By default all other countries are now subject to the Bitcoin game theory and opportunity cost that individuals and corporations have been facing. In the last few days it’s been hard to keep up with the new Latin American politicians adding laser eyes.

With the higher level of adoption comes more powerful enemies. In the last month Elon Musk has tweeted misinformation about Bitcoin mining which resurfaced the energy FUD that has been debunked for years.

We got this from Elizabeth Warren on June 9:

It’s insane to think that someone in her position could be that unintelligent and or uninformed.

At least she’s self aware:

We also got this brainlet suggesting we make open source code illegal: 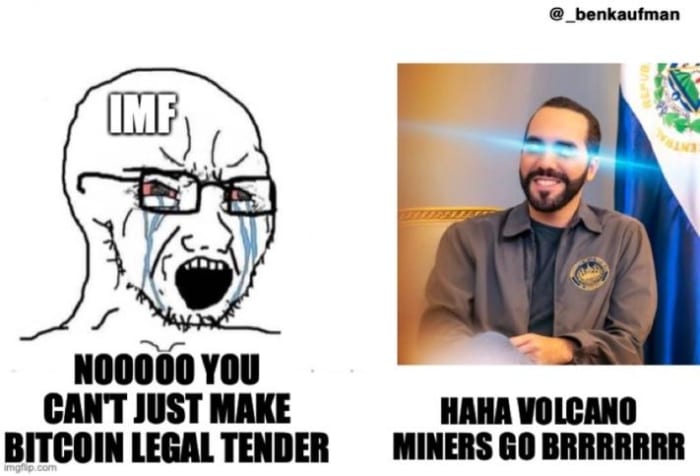 This is a lot of noise and no signal but it’s important to know your enemy. We say Bitcoin deserves better critics and it does, but in terms of their ability to shift the narrative, spread misinformation, and slightly delay hyperbitcoinization, these are some worthy opponents.

It really feels like the “Beginning” chapter of Bitcoin’s history is over. I don’t know what this next chapter is called or how long it will last but it feels much more serious, like it’s not a game or experiment anymore.

It’s hard not to view the events of the last week through the lens of The Sovereign Individual. Countries like India and China that ban themselves from Bitcoin will harm their citizens by cutting them off from an inevitable innovation in freedom and financial inclusion with the worldwide economy. At the same time, as countries follow El Salvador’s lead, Bitcoiners will actually be able to live like Sovereign entities, crossing borders into whichever country offers the most favorable conditions. Nayib Bukele was openly answering unscripted questions from Bitcoiners on a Twitter space, and the “Bitcoin For Countries” playbook is being open sourced and shared with any nation that needs it. It feels very clear that the world is naturally trending towards the information age that was outlined, and Bitcoiners are leading the charge through all fiat roadblocks.

Meeting people at the Bitcoin 2021 conference really confirmed for me that we are on the right side of history. It’s great that we’ll get rich along the way, but Bitcoiners genuinely care about fixing a lot of the problems created by the fiat world. I saw 12,000 people inspired to help strangers across the globe who are unbanked, oppressed, or victims of the fiat monetary policy ripple effect. In the battle for freedom and property rights, Bitcoin is one of our most important tools. If you still think of it as just another investment you should listen to Alex Gladstein’s talk or watch Jack Mallers’ speech delivered at the 2021 Bitcoin conference.

The dominoes are falling and it’s an honor to stand with the plebs in the fight for truth.

We are winning. Don’t give them a fucking inch.

This is a guest post by Chad_Capital. Opinions expressed are entirely their own and do not necessarily reflect those of BTC, Inc. or Bitcoin Magazine.

Originally published in The Conversation, under Creative Commons licence CC-BY-ND. Updated here by the author.Mainstream commentators are often dismissive...

Pimco, an asset manager with $2.2 trillion under management, is looking to start trading cryptocurrencies. “We’re trading from a...

The Bitcoin Price Could Be Headed Toward Six Figures

sponsored MCO2 is a carbon credit token traded by Moss.Earth. One MCO2 token is equivalent to one carbon credit....

JPMorgan: Bitcoin’s Record Run Is Being Driven By Inflation