A Look At The Origins Of Bitcoin Laser Eyes, As El Salvador’s President Dons Them.

As Bitcoin 2021 wraps up, the announcement by Jack Mallers that El Salvador intends to adopt bitcoin as legal tender still resonates. Historical in scope, the announcement also comes with acknowledgements of the bitcoin community from the country’s president. One form of this acknowledgement is the donning of laser eyes, a meme created by myself. I believe this would be a good time to take a look at the origins of laser eyes, #LaserRayUntil100K and what led to the meme.

It all began when I was a Bitcoin Pleb with less than 300 followers. In April 2020, I found Bitcoin Twitter and joined the Pleb Army. I myself am Bitcoin Class of 2018, but I didn’t know that Bitcoin Twitter even existed at that time, let alone that it is populated with so many amazing people. The first account that I fell in love with on Twitter was American HODL. A toxic Bitcoin maximalist who would call out bullshit and scams, would have extremely insightful perspectives and, most importantly, he’d tweet perfect shitposts. A shitpost defined by Urban Dictionary is “any content on the internet whose humor derives from its surreal nature and/or lack of clear context. A meme’s humor comes from its repeatability, a shitpost is funny simply because it isn’t a predictable repetition of an existing form.” So, basically saying random shit to be funny and to encourage engagement from your community and/or haters. It felt like American HODL was absolutely the king shitposter on Bitcoin Twitter and I loved him for it.

One morning, a Bitcoin hater was commenting on a post by American HODL bashing his tweet. I decided to make a meme with the most basic of tools: the default Android photo editor application. I downloaded the appropriate image, created the meme and posted it under the nonbeliever’s comment. Before I knew it, I had a retweet by the AMERICAN HODL. Me, a Pleb, with maybe 30 followers was ecstatic. I now had a new mission: to meme.

I had always been the class clown, the jokester and always great with the quips. I also had a love for photo editing and drawing. With these talents and interests combined, I had found my new calling. I would become a part of the Bitcoin meme army. At this time, I was uncertain that a Bitcoin meme army even existed. This just so happens to be the time that two other memers came to my attention, Gregzaj1and Labra HODL. I had also been found by a legend by the name of RD_btc around this time who brought me into a meme group on Instagram. Greg and Labra quickly became my best friends on Bitcoin Twitter and we constantly challenged each other.

As months went on, we grew tighter while our group of memers grew larger. The Meme Factory(tm) was born. We didn’t have any agenda or goals other than to have fun, build each other up and help fine tune each other’s memes when requested. We all had our own styles and methods and absolutely complemented each other. We became a team of cyber hornets that attacked with imagery, humor and creativity. We uplifted the spirits in a bear market by poking fun at ourselves, shitcoiners and especially ridiculous no-coiners. We had inherited a mission to bond the community with memes!

On a smaller scale at the time, I enjoyed bonding the community with common avatars. I first did this in late November 2020. I started a campaign to create Christmas avatars for everyone in Bitcoin Twitter who would like one. I was soon overwhelmed, but I managed to create no less than 1,000 Christmas avatars for my fellow Bitcoin maximalists. Not only were we festive, we had a bond among our avatars, and it felt great to appear almost uniformed and separate from other subcultures.

This occurred again for New Years as I created avatars with fireworks and again when I assisted Yellow (ICOffender) on putting Hodlonaut helmets on Plebs who wanted to show support for the cat against the fraudster CSW.

This is the short backstory that led to what was to come.

Now let me take you to early February 2021. The price of Bitcoin is hovering around $42,000. The Meme Factory(tm) is doing what we do best, meme’n Bitcoin into the next world reserve currency. It’s at this time that Pedro requests that someone help him with a meme. He wanted laser eyes put onto a kangaroo to give his meme a little extra juice.

I gave Pedro’s meme some basic lasers… and then had an idea hit me like a bolt of lightning. I then proceeded to put laser eyes on everyone in The Meme Factory’s(tm) avatar. Well, not RD, he got derpy googly eyes. I posted all the laser eye photos to the boys and I said “When the day comes that we have to go to aggressive offensive meme warfare… We enact laser eyes!” We collectively decided that it would be awesome to rock the new avatars ASAP. I then voiced my thoughts to the crew “Trying to decide how we could kick off the laser eye campaign. #LaserRayUntil100K?” 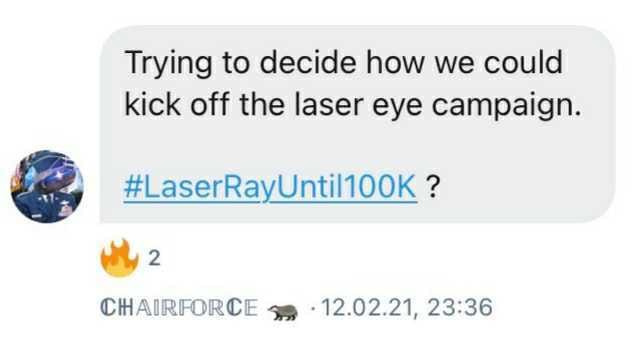 This was the first time this hashtag had been shared. The meme-tards were onboard. Plan Marcus then suggested once the price hits $50,000 we start the campaign. The team was ready and the plan was set. We started the preparation by creating our memes beforehand and waited for the price to touch the $50K starting line. I reached out to one person that wasn’t part of The Meme Factory(tm), the one and only American HODL. I told him the plan and he responded with “I’m in!” The foundation was set.

February 16, 2021, the campaign officially began. The Meme Factory(tm) came out in full force. Within 72 hours, members of congress, celebrities and the vast majority of Plebs had donned Laser Eyes, while receiving prime time coverage from national mainstream media. 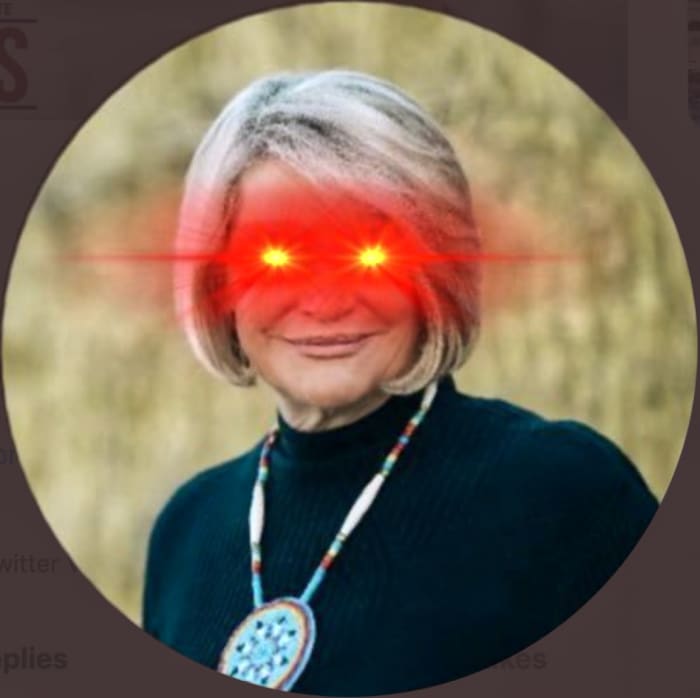 So, what happens after a $100,000 USD Bitcoin? Well … #LaserEyesUntilFiatDies, of course.

P.S. The Meme Factory(tm) does not exist.

The decentralized exchange (dex) platform Orca has announced the platform has raised $18 million in a Series A financing...

Greg Foss And Peter McCormack Versus Peter Schiff On Bitcoin

The U.S. Department of the Treasury has taken actions targeting cryptocurrency exchanges “responsible for laundering ransoms” as part of...

The Case For Bitcoin In Pakistan

Executive SummaryThis paper is an attempt to highlight Bitcoin’s ever-increasing importance to Pakistan’s socioeconomic future. For purposes of our...

This year a great deal of popular hip-hop superstars like Eminem, Jay-Z, Ja Rule, Lil Pump, and many more...