Africa’s Poised For A Bitcoin Revolution In 2022

Africans stand to gain the most from Bitcoin and they are quickly realizing this fact and spreading the word. Most know that our corrupt “leaders” will not embrace the path to prosperity that El Salvador is on, due to their own self-interest. By opting out of the fiat-based legacy financial systems holding us back, we will create the change we want to see.

Bitcoiners in Africa are building and actively engaged in this peaceful monetary revolution. Let’s explore themes that will ensure more Africans are onboarded to the Bitcoin standard in 2022.

Orange-pilled Africans are leading the charge toward hyperbitcoinization by building the infrastructure needed to onboard fellow Africans to this idea whose time has come.

Ejara founder Nelly Chatue Diop is an inspiration for the world-class platform she is building while empowering women and girls in the continent to be all they can in this new industry. The Ejara wallet is true to the Bitcoin ethos of “not your keys not your cheese.” Self-custody will shift Africans’ mindsets to self-sovereignty, ensuring they do not give their hard-earned wealth to banks in unsecured loans, aka deposits.

New infrastructure is making it possible for talented African artists, content creators and musicians to totally cut out the middlemen agencies who often take a huge share of their revenue.

Lightning payments on social media platforms such as Twitter enable people to actively grow their community while getting paid directly for the value they put out to the world.

Great minds, such as former Twitter CEO Jack Dorsey working full time on Bitcoin at Spiral, are sure to offer Africans greater ways to reach international markets from which they have traditionally been marginalized from.

Initiatives by Africans for Africans, such as the Bitcoin Developers Academy by Fodé Diop, strives to teach African youth the skills they require to work on Bitcoin.

Getting Paid In Bitcoin

The new normal has seen African youth and young adults shift more to working remotely as job opportunities in the continent are very few, especially for the former who make up the biggest demographic. “Number go up” technology has made them cognizant of the opportunity of getting the most out of their time and effort by being paid in the best store of value on Earth, bitcoin.

On December 6, 2021, Bitwage made the world’s first salary payment via Lightning. This is revolutionary as Africans working remotely now can be paid instantaneously without huge service charges levied by Western Union, inconveniences of using PayPal when they decided to block access to one’s funds, or the several business days banks take to process wire transfers at exorbitant fees.

Getting paid in bitcoin will ultimately enable Africans to save more as no one wants to sell their sats. They will sell the amount they need to on P2P exchanges and safely self-custody the rest in affordable cold storage or hardware wallets such as Coldcard.

Free online courses with accreditations at Saylor Academy are already giving Africans the opportunity to get higher education thus very good jobs in the Bitcoin ecosystem internationally. Unemployment being very high in Africa, these are just some of the avenues people will explore to not just make ends meet but thrive in this new industry.

As an alumni of Pomp’s Crypto Academy on a full scholarship I know firsthand the great value to learn from world class coaches. Being part of a network laser focused on delivering value will empower like-minded Africans to get their stride and make meaningful contributions in this space.

Applications developed by Bitcoiners to specifically make onboarding people seamless with all the technical aspects all running safely on the backend such as the Hexa wallet will make it easier for millions of Africans across the continent to buy and hold bitcoin.

Sending and receiving sats through an experience devoid of mini heart attacks as a result of very long addresses guarantee that “Wanjiku” or “Akinyi” in the village can use Bitcoin without feeling intimidated.

Africans living in the diaspora can send sats to their friends and family as easily, moreover cheaply, as the numerous video or voice calls they use to communicate with them on WhatsApp, Signal or Zoom. The world becomes a global village due to monetary value being moved through space instantaneously.

Rug pulls such as “Squid Game” prove to Africans that they need to go down the Bitcoin rabbit hole while doing due diligence to avoid scams in the crypto space that can lead them to losing their money as various pyramid schemes have done. 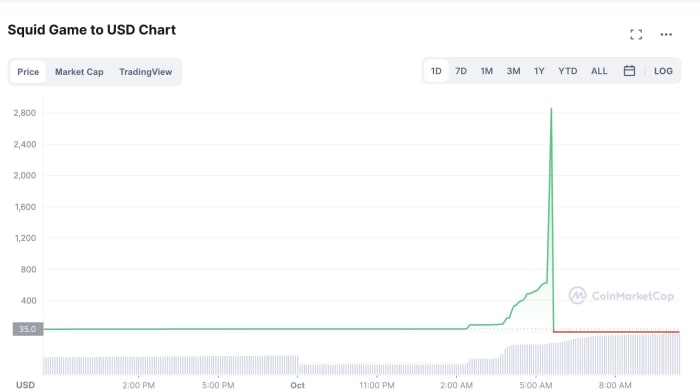 Reputable publications providing legitimate educational content in innovative ways (e.g., 21DaysOfBitcoin), along with consistent reporting on countries, corporations, leaders and celebrities who opt-in to Bitcoin on a daily basis, will encourage Africans to fully understand the legitimacy of bitcoin as the best asset they can ever own.

Buy and hold is the most recommended strategy, however, those with a slightly higher risk appetite can earn and borrow on the blockchain from their phone. This is a strategy many Africans can use to earn especially due to compound interest propelling them to better financial standing.

Following Dan Helds two-year journey on how to earn yield, with strategies such as covered calls, is another great way that Africans can quickly utilize to learn from legitimate industry leaders and start earning more sats.

From the golden era of Mansa Musa being the richest person who ever lived to the current richest human being and Forbes person of the year 2021 who hails from South Africa owning bitcoin, Africans know that they need to be on the right side of history during the largest wealth transfer in modern times.

This is a guest post by Guantai Kathurima. Opinions expressed are entirely their own and do not necessarily reflect those of BTC Inc or Bitcoin Magazine.