Bitcoin And The Death Of The US Dollar

There’s been lots of talks about the U.S. dollar losing its status as the world’s reserve currency. While most people still wonder when this is going to happen, I’m here to bring you the shocking truth: It’s already happening right in front of us. But most people fail to realize this because they don’t understand the signs. So, let me break it down for you so you know exactly how this is unfolding and, most importantly, how to protect yourself.

Since the 1700s, we’ve seen 750 different currencies in the world and only 20% of those remain. All have been devalued. This means they buy less today than they did originally, and the U.S. dollar is no exception.

Why Do Currencies Die?

According to Ray Dalio, founder of the world’s largest hedge fund, Bridgewater Associates, currencies die when a country racks up too much debt. The country ends up with four different options:

Of all these options, governments always choose to print money because that’s the “easy” route. They don’t have to cut down on spending, piss off creditors or hurt the rich. But that’s how things start to go south for a currency. Let me clarify this for you with historical examples.

How The U.S. Dollar Became The World’s Reserve Currency

In 1914, when WWI broke out, many European countries abandoned the gold standard so that they could pay for military expenses with paper money instead of gold. The United States became the lender of choice for several countries and, as a result, the USD unofficially replaced the British pound as the world’s new leading currency by 1919.

During WWII, the United States found itself in a privileged position to profit from the war. Before joining the conflict, we sold ammo, weapons and other supplies to the Allies in exchange for gold. As a result, we ended up amassing two-thirds of all the world’s gold.

When countries came together at the Bretton Woods Agreement, they realized it was time to have a worldwide currency system that was linked to gold. Since the United States owned most of the world’s reserves, and the U.S. dollar was also backed by it, USD officially claimed its world’s reserve currency position.

While most people think that the transition from British pound to U.S. dollar happened when the agreement was signed, it was actually a 30-year transition that started way back in 1914 when countries started to borrow dollars from the United States.

So when people ask me when the next transition is going to happen, I say, “We’re in the middle of it.” The world is already de-dollarizing and the signs are clear; you just need to know which ones to look at.

The Downfall Of The Dollar

According to the International Monetary Fund (IMF), USD dominance is already declining. In 2017, the dollar composed 64% of the world’s reserves. Today, it’s down to about 59%.

Another obvious sign is in the U.S. Dollar Index (DXY), which is down 10% this year alone. 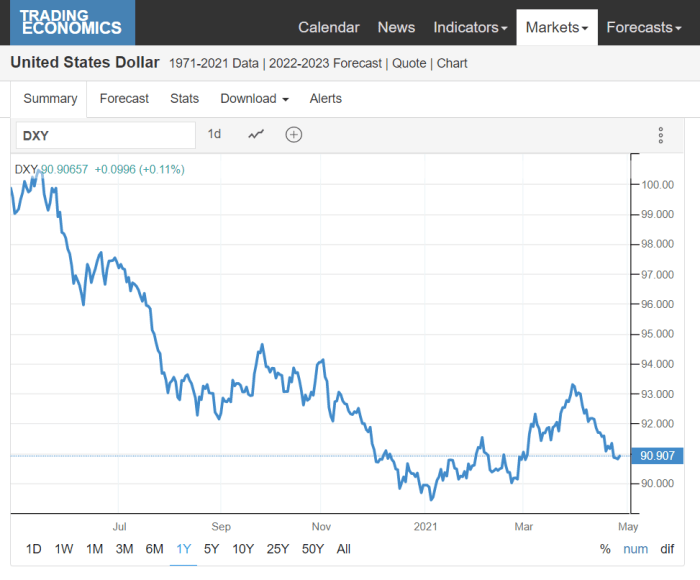 Of course, the pandemic plays a role in all this and the mainstream media is taking notice. 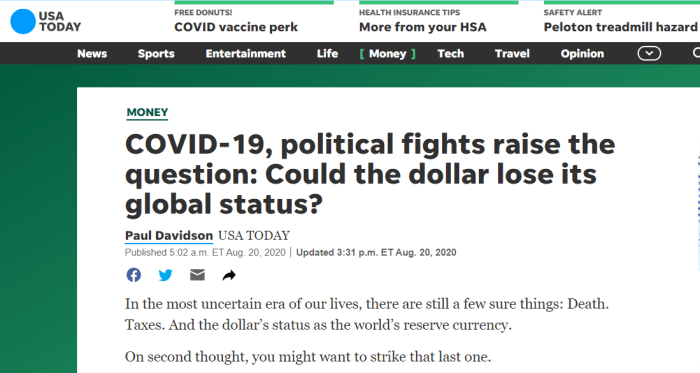 But here’s the big problem: The metrics above only tell you part of the story because you’re comparing USD with a basket of other currencies. In other words, you’re only looking at fiat currencies.

Instead, we should be looking at what money is used for: purchasing goods and services. That means we need to look at the dollar’s purchasing power. Here’s what I mean: If you compare gold to the dollar over time, you can see it cost $20 to buy an ounce of gold in the early 1900s. It jumped to $35/oz in 1933, then it went haywire after 1971.

Today, an ounce of gold costs over $1,800. Does this sound like the USD is holding its purchasing power? I don’t think so. 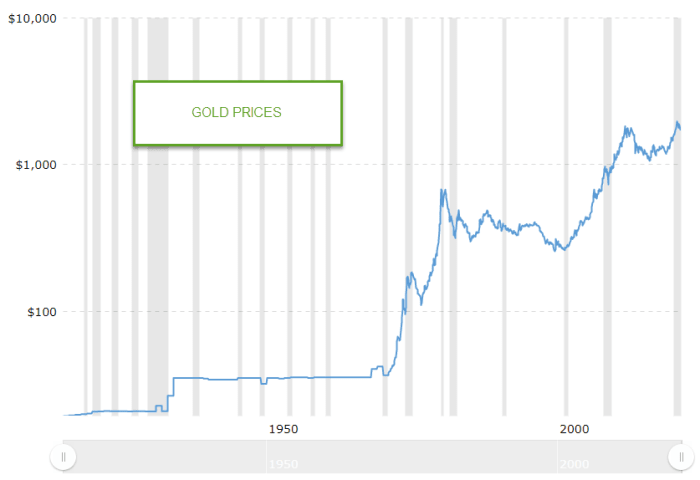 What about real estate? How has the USD held its purchasing power when compared to real estate? You might think home prices are going up, hitting all-time highs. But is real estate really going up or is the dollar simply losing its value?

The index below highlights the loss of USD’s purchasing power compared to real estate. The truth is home prices aren’t just going up; it just takes more dollars to buy them. 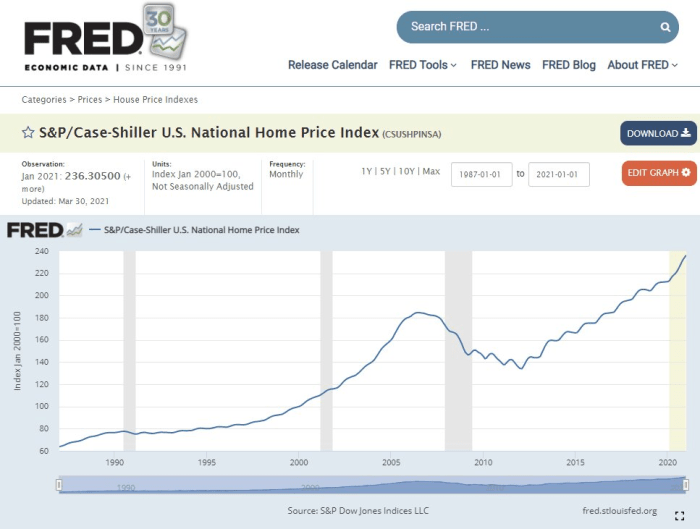 We can also take a look at oil. It’s been going up similarly to gold, so is it increasing in value or is it just another sign of the dollar losing its purchasing power? 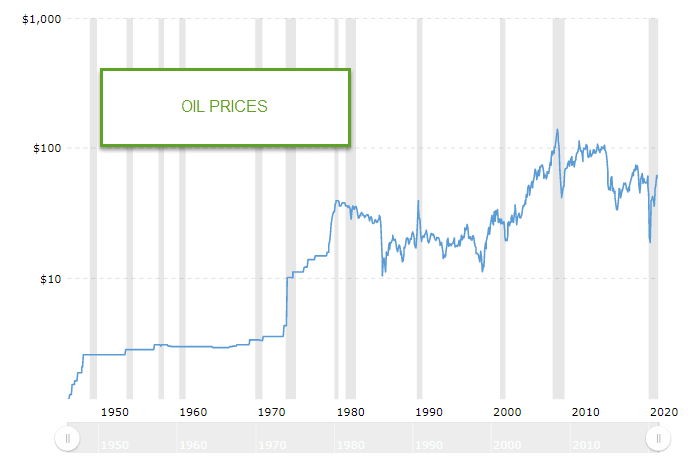 Of course, I couldn’t leave out one of the hottest assets today — bitcoin. This is the price of BTC compared to USD. Do you see any resemblance with the other assets I just showed you? 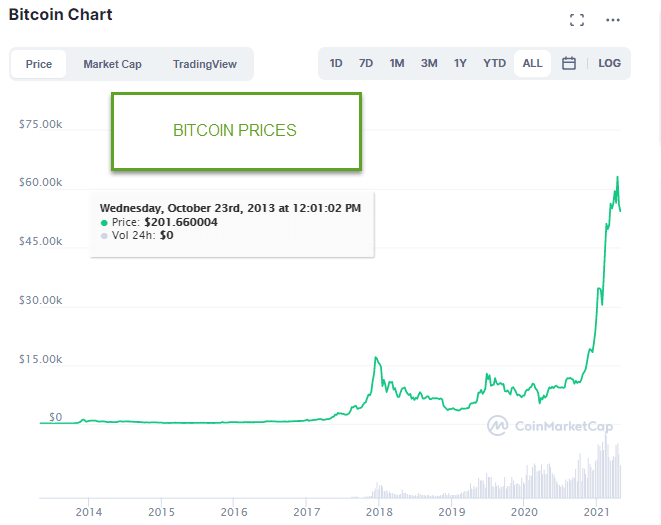 Is History Doomed To Repeat Itself?

Now, let’s bring it all together and compare our current situation with a historic example. Before we proceed, let me warn you: This will give you a “zoomed out” perspective and most likely flip your mindset entirely.

This is the case of the Weimar Republic (Germany) in the early 1900s.

In 1922, Germany defaulted on debt to repay WWI reparations. In order to recoup their funds, France and Belgium invaded the Ruhr Valley — the German industrial epicenter.

As a response to the invasion, the German government ordered all workers to stay at home and not work — this is called “passive resistance.” Here’s where the Weimar Republic’s death spiral starts.

The country was already crippled by debt, but they still had to find a way to come up with cash to pay its workers. So what did they do? They started to print money (the fourth option we talked about earlier).

Now, take a look at what happened to their Consumer Price Index (CPI). The CPI measures the average change in prices that consumers pay for goods and services (aka inflation). 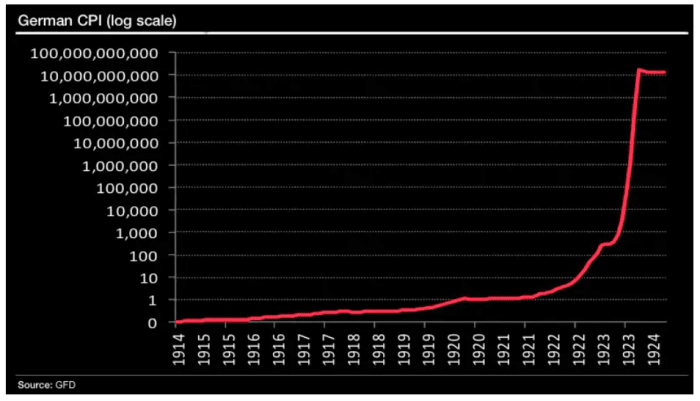 During that period, you literally needed wheelbarrows to move your cash around. Eventually, the currency was worth less than wood, so they burned cash to heat their homes. 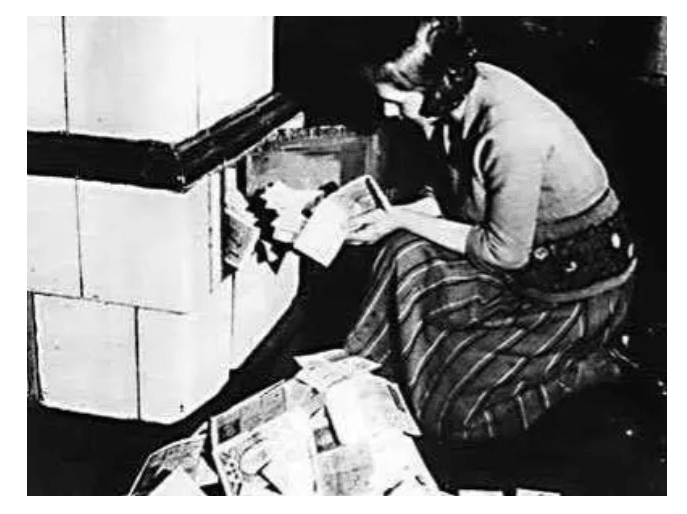 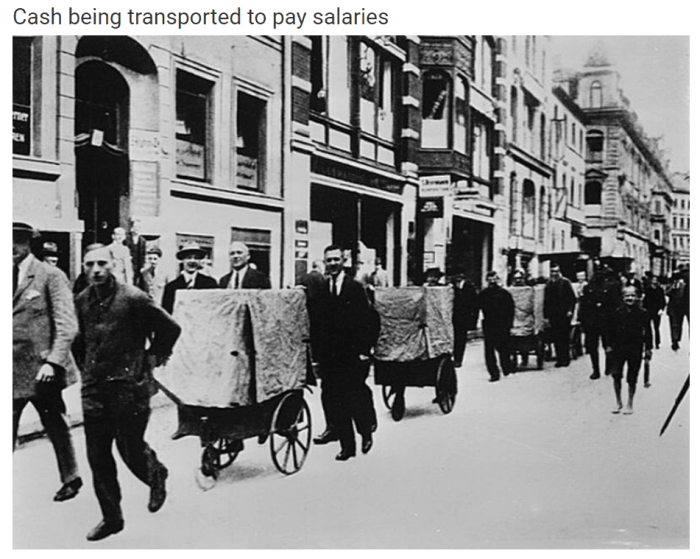 It’s important to note that, at the beginning, the loaf of bread went up very slowly. At that time, most people didn’t realize what was happening until it was too late. Like the boiling frog fable.

The Parallels Between The U.S. And The Weimar Republic

We can’t go back in time and change the past. But we can look at historical examples and compare them to our current reality, so we don’t repeat the same mistakes.

The first parallel between the United States and the Weimar Republic is money printing. Take a look at the United States’ M1 and M2, which are measurements of the amount of dollars in circulation: M2 is also a key economic indicator used to forecast inflation. 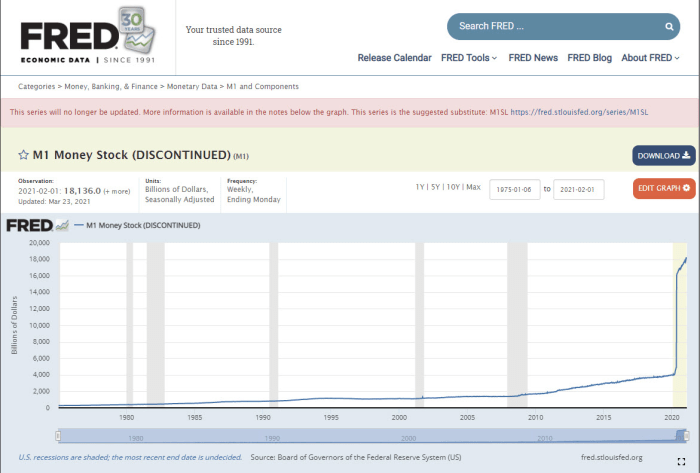 It goes without saying, the resemblance between these indicators and the German CPI is astonishing.

The third parallel we can draw from the Weimar Republic is our crippling debt. Defaulting on debt was the first “domino piece” that led to other events unfolding. In 2021, the United States grew to a record budget deficit of $1.7 trillion in the first half of the fiscal year. It means we’re spending more than we’re bringing in — exponentially more than in previous years. 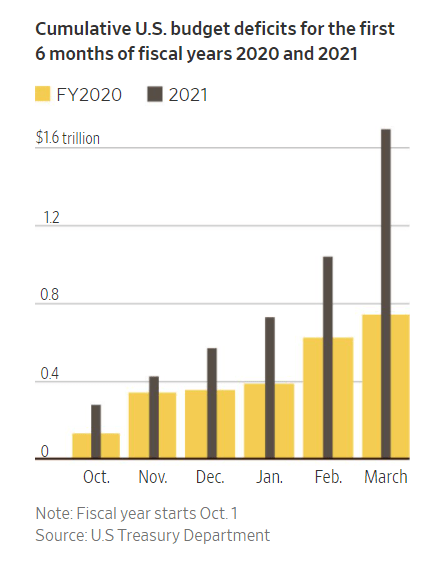 It’s All A Matter Of Perspective

The reason I bring you all these data is so you can zoom out and see things from a better perspective. In the book, “When Money Dies” by Adam Fergusson, he says most Germans couldn’t see what was really happening. A lot of them literally thought they were getting rich because they thought their assets were going up in value.

But now you know that was not the case, it was actually the German mark losing purchasing power. So they started banking their cash, selling their assets and trading them for currency. At the end of the day, they ended up with a literal pile of worthless paper.

Now, if you were in the Weimar Republic at that time, what would you have done? 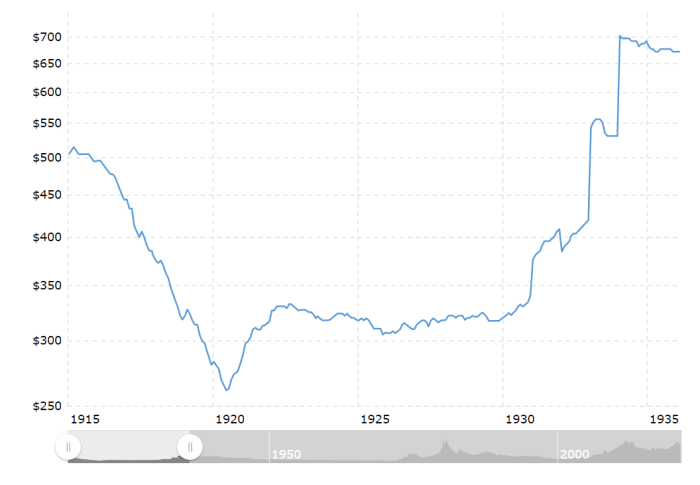 The chart above shows the price of gold from 1915 to 1935. If you’d bought gold around 1920 and held on to it until 1935 that would’ve been the trade of the decade for you. But here’s the biggest takeaway: It’s easy to see the upward trend from this perspective, but it wasn’t a clear, straight line for people living at that time. It was a very volatile period.

So let me ask you: What are you doing with your money now? Some people are cashing out, trading their assets like real estate, gold, bitcoin or even stocks for dollars because they’re at all-time highs. The same way the Germans did.

If we continue to increase debt and print money, the USD will continue to lose its value and its position as the world’s reserve currency. The loaf of bread is going up and you don’t want to end up with a pile of worthless cash.

My advice to you is to find inflation hedges, assets that are going up with the rate of inflation. Most importantly, start now before it’s too late. Don’t wait for the “next Bretton Woods Agreement,” the transition is already happening — and it’s happening right in front of you.

This is a guest post by Mark Moss. Opinions expressed are entirely their own and do not necessarily reflect those of BTC, Inc. or Bitcoin Magazine.

Interview: Why Bitcoin Is 1,000-Times Bigger Than Digital Gold With Aaron Segal

Watch This Episode On YouTubeListen To This Episode:One of the most important, yet double-edged, narratives out there is that...