The below is a recent edition of the Deep Dive, Bitcoin Magazine’s premium markets newsletter. To be among the first to receive these insights and other on-chain bitcoin market analysis straight to your inbox, subscribe now.

What was the reason for the move, and why was it so explosive?

Let’s break it down.

The first thing to understand is how derivatives work and how certain types of derivatives can affect the market.

In last Friday’s edition of the Daily Dive, we covered the structural changes that had occurred in the bitcoin derivatives market since May. Specifically, the increasing prevalence of stablecoin margined derivatives. To quickly recap some of the important points from Friday’s report, there are two type of derivative contracts (broadly speaking): ones that use stablecoins as margin and ones that use crypto, or in this case specifically, bitcoin as collateral.

It is advantageous to use stablecoins to long bitcoin instead of bitcoin itself because if bitcoin draws down while you are leveraged long, not only does your position take a hit but the value of the collateral you are using falls in tandem. This is a large reason that the May 19 sell off was so extreme.

In The Daily Dive #024 A Dichotomy Emerges, we covered the divergence between the spot market accumulation taking place and the increasingly bearish sentiment and trading occurring via the derivatives markets, as funding was persistently negative for much of the past three months.

“Derivative and futures traders are bearish. Bitcoin stackers and hodlers are bullish. An explosive dichotomy in the market is beginning to emerge.” 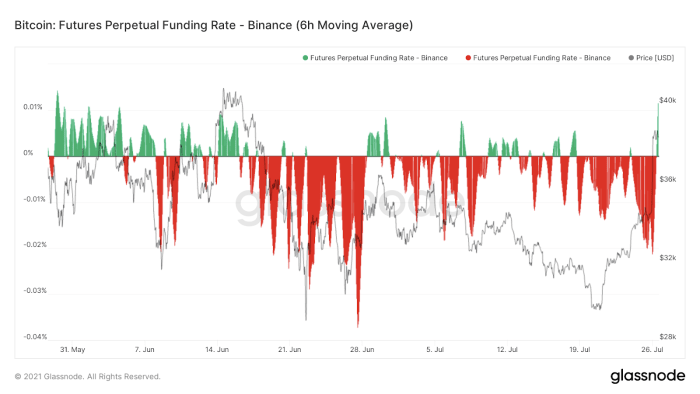 Specifically, bearish bets occurring on Binance using stablecoins as collateral had been occurring in increasing numbers over the past three months. 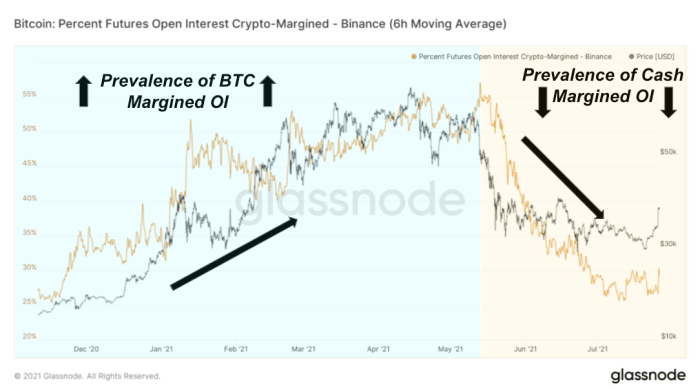 Leading up to May, traders were increasingly using bitcoin as collateral to long bitcoin. This can be seen in the chart below which shows the proportion of crypto/stablecoin margined futures contracts. 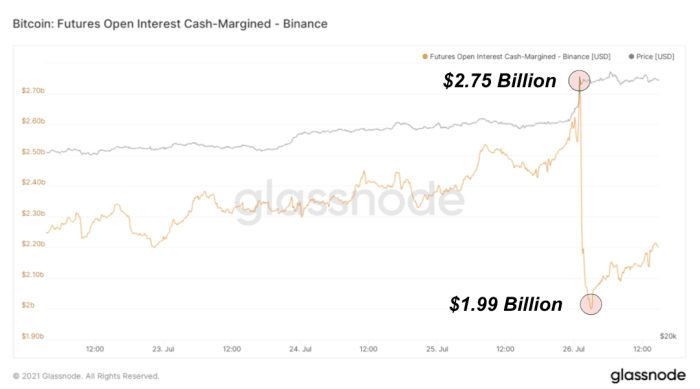 However, slowly but surely, accumulation by sat stackers ate away at the free float supply, which eventually gave way to a short squeeze.

Recently Bitcoin.com News covered the stablecoin tether and how the crypto asset’s market valuation jumped more than 1,500% in...

Bitcoin Is An Astonishing Instrument For Change

I see bitcoin as an astonishing instrument. The more you pour yourself into it, the more of yourself comes...

Bitcoin And The Myth That Is Capitalism

Throughout history, there has been a cyclical phenomenon characterized by Neill Howe and William Strauss as the four turnings.1...

Binance, the leading cryptocurrency exchange, has announced it is preparing changes to be able to work with regulators more...